festival EVENTS about us 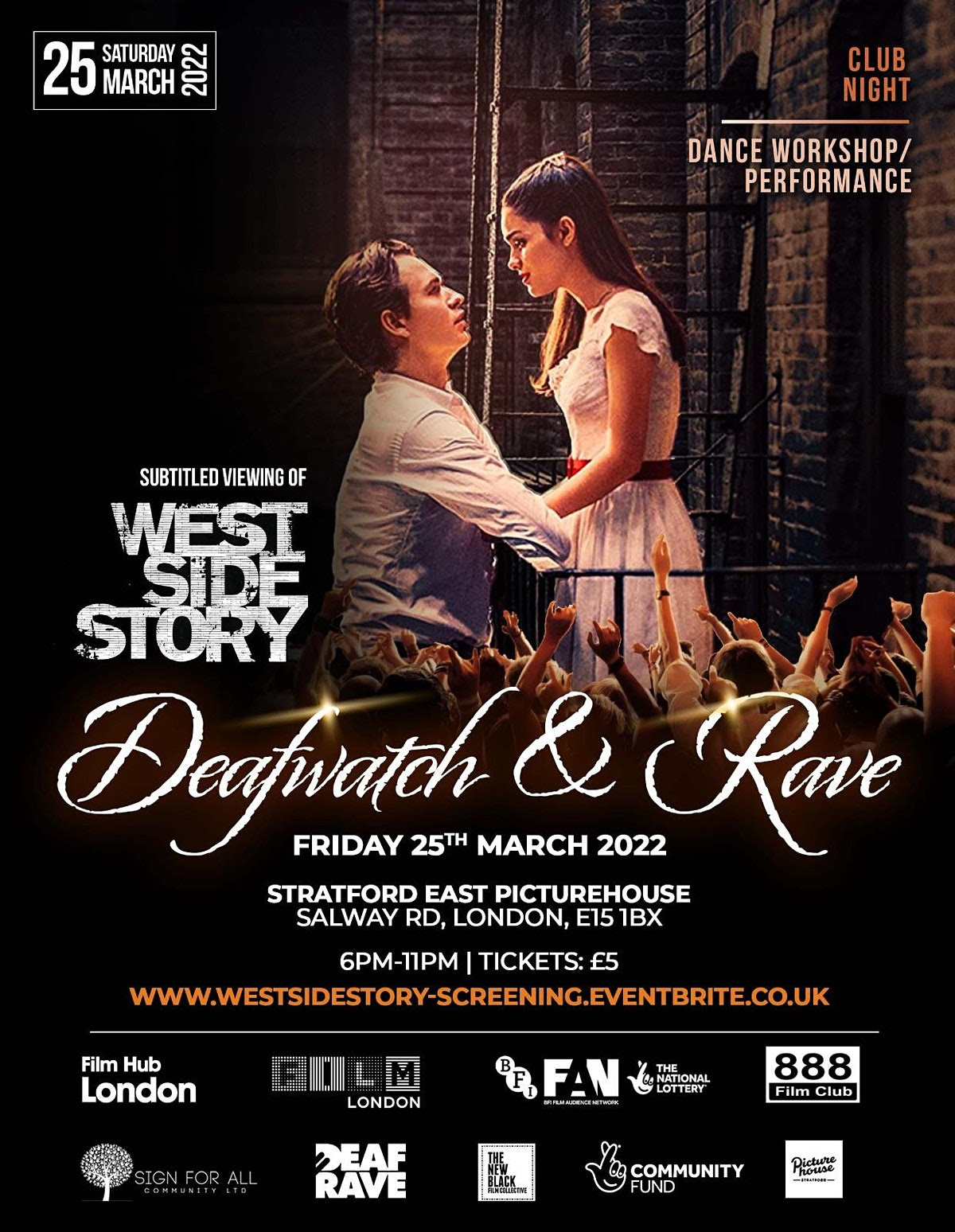 Screening of WEST SIDE STORY, as part of the DEAFWATCH + RAVE season, in partnership with 888 Film Club, Deaf Rave + Sign For All Community.

888 Film Club is back - making a sign and dance about film with the DEAFWATCH + RAVE 3-part musical season!

From producer and director Steven Spielberg, with a script by screenwriter and playwright Tony Kushner, comes WEST SIDE STORY. An adaptation of the 1957 musical, the film tells the tale of forbidden love and the rivalry between the Jets and the Sharks, two teenage street gangs of different ethnic backgrounds.

Programme supported by Film Hub London, managed by Film London. Proud to be a partner of the BFI Film Audience Network, funded by the National Lottery.